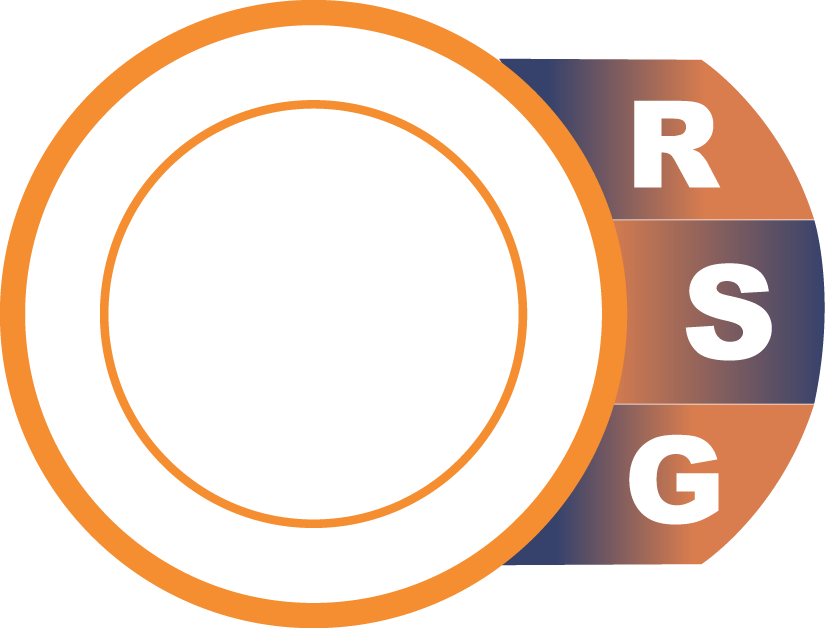 Who are Sikhs? What is Sikhism?

The Sikh community invites all people to join them in bringing about mutual understanding and deep respect for all people.

Since Sept. 11th, Sikhs, like other Americans, have been grappling with grief and fear.  But their fear is not only about another assault from outside.  Many Sikhs have become victims of hate crimes because of their appearance.  Balbir Singh Sodhi, a Sikh American (Balbir Singh Sodhi), was killed on Sept.15 as a result of mistaken identity.  Across America, the only people who wear turbans are followers of the Sikh religion.  Sikhs are from Northern India (Punjab) and are neither Hindus nor Muslims.

Although Sikhism encourages self-defense, it pointedly teaches not to seek revenge or retribution, and teaches observers to be free of hatred.

Turbans are worn to cover our long hair and with respect to God.  Learn to recognize a Sikh turban. Sikhs have unshorn hair, beards and moustaches.  The Sikh faith teaches us the humanitarian principles of freedom, equality, and justice – the same principles this great democracy is founded on.  There are about 25 million Sikhs in the world.  Sikhs have been in the United States for over 100 years.  Sikhism recognizes the universal truths that underlie all human endeavors, religions and belief systems.  The universal nature of the Sikh way of life reaches out to people of all faiths and cultural backgrounds, encouraging us to see beyond our differences and to work together for world peace and harmony.

The almost 25 million Sikhs worldwide constitute the fifth largest religion in the world.  Despite almost a million Sikhs living in North America (USA and Canada), Sikhs are often confused as Arabs or Muslims. Sikhs arrived in North America in 1897 and played a pivotal role in the opening of the West and construction of the Panama Canal in 1904. In 1906, Sikhs established their first gurdwara, or place of worship, in the United States. 700,000 Americans and Canadians are Sikh and nearly every major city has a Sikh place of worship and community center.

The Sikh faith is five hundred years old. Guru Nanak, the founder of Sikhism, taught a message of love. He spoke of a universal God, common to all mankind, not limited to any religion, nation, race, creed, color, or gender. The Sikh religion is strictly monotheistic, believing in one supreme Creator, free of gender, absolute, all-pervading, and eternal. Sikhism views lfe not as a fall from grace, but a unique opportunity to discover and develop the divinity in each of us. Human rights and justice form a cornerstone of Sikh belief, and Sikh history features countless examples of Sikh Gurus and their followers making tremendous sacrifices for the cause of religious freedom and justice. More recently, Sikhs have been some of the most highly decorated soldiers of the British armed services during both World Wars. They played a significant role in the memorable battles of El Alamein in the Burma-China front and also in the allied assault in Italy. In India’s struggle for independence from the British, over two-thirds of all the Indians who were sentenced to life imprisonment or death were Sikh. This is in spite of the fact that Sikhs form less than two percent of India’s population

In 1699, the tenth and last living Sikh Guru, Guru Gobind Singh, summoned his followers to the town of Anandpur in Punjab; over 80,000 came. According to history, Guru Gobind Singh appeared before his people, flashed a naked sword, and demanded a head. He repeated his call until five Sikhs volunteered. These five individuals came from different parts of India and from different castes. To these five, and subsequently to many others on that historic day, Guru Gobind Singh bestowed a new discipline, a creed to his Sikhs. The Guru initiated these five in the new order of the Khalsa and then, in a dramatic and historic gesture, they in turn initiated him. On that day, he gave the Sikhs a unique identity which includes five articles of faith:

For the past 300 years, male Sikhs have been easily recognized by their long unshorn hair covered with a turban. Notably, in traditional Indian society only males of high caste or the elite, ruling class wore turbans. In requiring all Sikhs to don turbans, Guru Gobind Singh envisioned all individuals as noble. Sikh women adhere to the same life style, symbols, rules and conduct, but relatively few choose to wear turbans. Young Sikh boys, instead of wearing a turban, often cover their uncut hair, which is tied in a top-knot, with a simple piece of fabric.

Along with the aforementioned physical identifiers, Guru Gobind Singh went further in distinguishing Sikhs. In Indian society, an individual’s name reveals one’s caste and social status. Guru Gobind Singh freed Sikhs from the rigid caste system by ordering all Sikh males adopt the surname “Singh,” meaning a lion, and women use the surname “Kaur” meaning princess, thus shedding their caste identity. Each year, Sikhs worldwide commemorate and celebrate the historic events of Vaisakhi 1699 as a milestone in Sikh history when Guru Gobind Singh decreed the formation of the Khalsa and fashioned the nation of Sikhs.

Guru Gobind Singh (pictured to the right) also decreed an end to the line of Gurus in human form. The writings of the earlier Gurus were collated along with those of Hindu and Muslim spiritual figures whose teachings strongly resonated with Sikh beliefs. This collection of writings is known as Guru Granth Sahib, a uniquely ecumenical and eclectic collection of spiritual writings. For Sikhs, Guru Granth Sahib is the repository of all spiritual knowledge and authority. In temporal matters all authority rests with the Sikh community worldwide acting democratically and in mindful prayer with an awareness of the spiritual heritage which is embodied in the Guru Granth. Sikhs revere the ten Gurus, Guru Nanak to Guru Gobind Singh, because they delivered the divine word of the one, timeless God. The word “Guru” acquires, therefore, a very special meaning for Sikhs. It is reserved only for the ten Gurus who gave us the divine message and to this message contained in the Guru Granth Sahib.

The Sikh place of worship, or Gurdwara, is more than a place of worship. It has historically served as a refuge for the homeless and the destitute. Gurdwaras usually display the Nishan Sahib, a saffron-colored triangular flag bearing the khanda, the symbol of the Sikh faith. Visitors, irrespective of their religion, are offered shelter, comfort, and food. The prerequisites for entering a Gurdwara are removing shoes and covering one’s head with a handkerchief, scarf, or other cloth.

In a Gurdwara, no special place or seat may be reserved or set aside for any dignitary, as all are considered equals. The service consists of singing of the liturgy, as well as the exposition of Sikh history, tradition, and theology. Non-Sikhs are always welcome. Sikh gurdwaras all over the world usually run free community kitchens, which provide meals to all. These kitchens are run and funded by volunteers. In traditional Indian society, people of high and low caste were rigidly segregated. To combat this social problem, the Sikh community kitchen, or langar, requires everyone to sit side by side and eat together, thereby teaching the concept of equality by shattering all barriers of caste and class. Every major city in the United States and Canada has Sikh gurdwaras and they are open to all.

The Sikh Way of Life 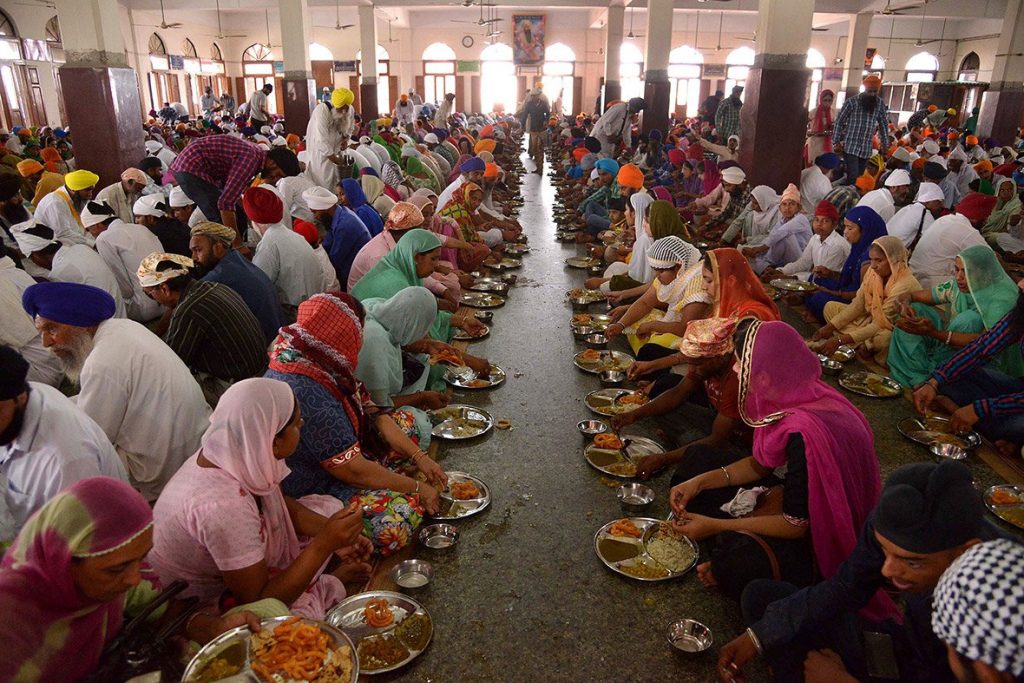 Sikhism is a practical religion and Sikhs are a pragmatic people. The emphasis is on a leading a worldly, successful life as a householder and a contributing member of society, but with the mind attuned to an awareness of God. Sikhism rejects all distinctions based on caste, creed, gender, color, race, or national origin. For Sikhs, God is not found in isolation or by renouncing the world, but is attained as an active family member and member of one’s community. The word “Sikh” means student. Therefore, a Sikh is and remains a student of the meaning of life. The core values of Sikhism are derived from three equally important tenets: an honest living and an honest day’s work, sharing with others what God and life have given, and living life fully with an awareness of the divine within each of us. Sikhism enunciates a philosophical concept termed Miri-Piri, which means living a life with an active, strong sense of commitment to the world and humanity, governed and directed by a strong foundation and underpinning of spirituality. Thus, the Sikh ideal is to strike a perfect balance and integration of these two states of existence.

The Sikh faith is committed to the equality of women, and necessarily so, as it defines God as gender neutral, perhaps one of the few major world religions to do so. There is no activity in a gurdwara or within the community that is permitted to a man but not to a woman. There is no religious function from which women are barred at any time of their lives.

Dietary Restrictions
Sikhs have no food taboos except those that stem from one simple injunction – a life of moderation in which we shun all that harms the body or the mind. Animal sacrifice is forbidden and so is the consumption of animals killed in such manner. This also means that all intoxicants – tobacco, alcohol or any mind altering “recreational” drugs – are forbidden.

Other Religions
Sikhism recognizes the universal truths that underlie all human endeavors, religions, and belief systems, though people differ in how they institutionalize those beliefs into a code of conduct and a way of life. Much as Sikhs love their religion, Sikhism is equally respectful and accepting of other ways of life and beliefs. Sikhism asks a non-Sikh to discover and live the essential message and meaning of his or her own religion so that a Christian can become a better Christian, Jew a better Jew, Hindu a better Hindu, while a Sikh becomes a better Sikh.